I collected som key statistics on the performance of Nokia during the period 2004-2012. While these figures need to be analyzed in further detail, a glimpse at them still gives a good idea of what has happened.

The first graph depicts Nokia’s sold volumes, both in emerging markets (China, Asia Pacific, Middle East, Africa and Latin America) and their total sold volume. It is worth noticing how large share of their volumes were actually sold in developing countries.

Interestingly, the decline is much steeper in developed countries (Europe and the United States) where the company lost 47 percent of its volume from 2008 to 2012 as compared to 22 percent in emerging economies. 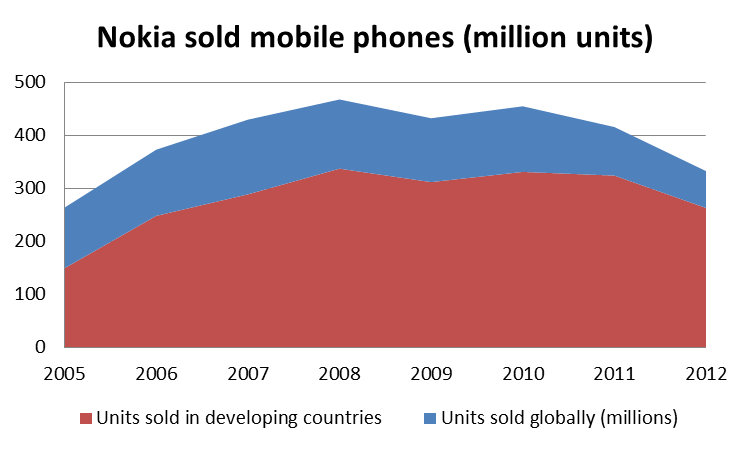 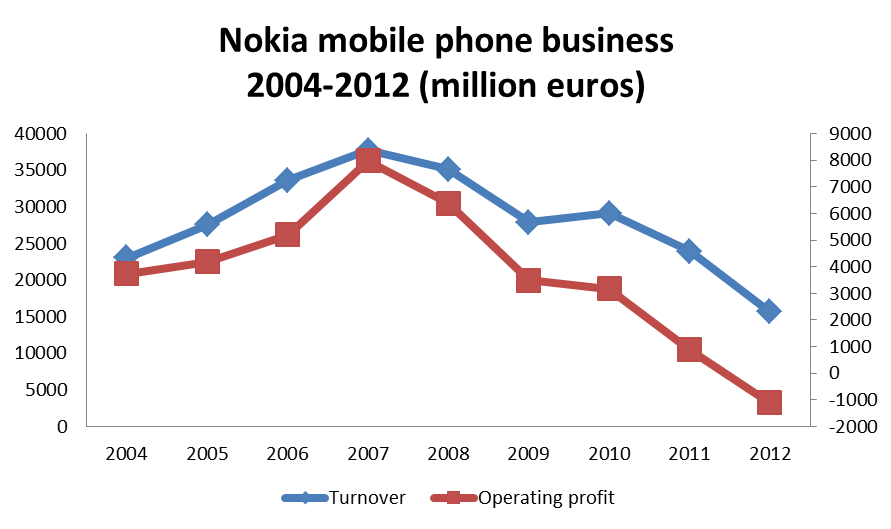 Needless to say, the company’s market share has declined significantly. It peaked around 40 percent in 2007. In the years up to the introduction of smartphones, Nokia gained market share on a growing market.

Decreasing volumes have implied collapsing operating margins, as illustrated below: 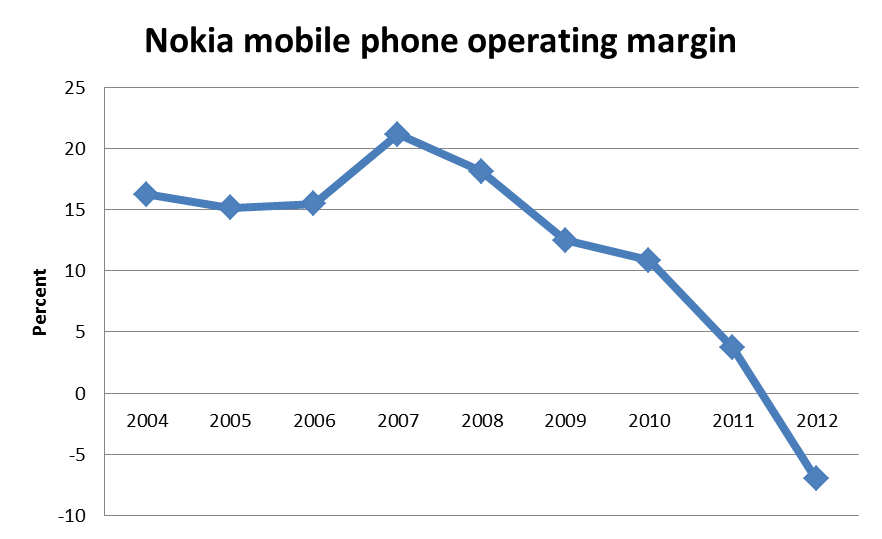 Another, perhaps more important explanation of Nokia’s problem is related to the decline in Average Selling Price. If each sold phone generated 110 euros of revenue in 2004, then getting only 45 euros per phone in 2012 is of course a tragedy for the company. 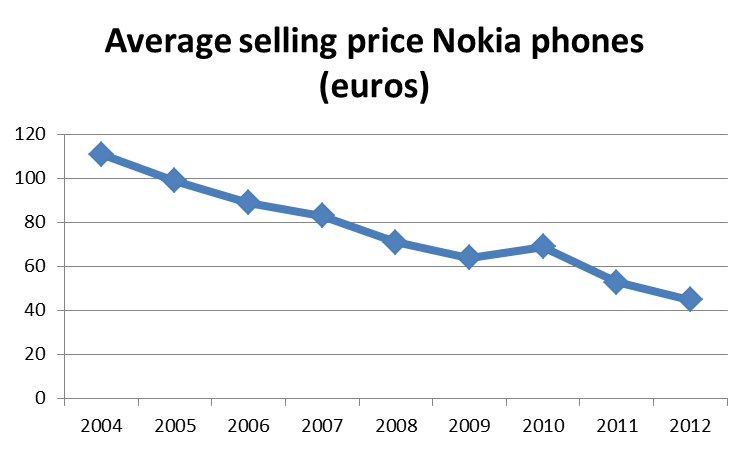 For sure, parts of the decline in Average Selling Price can be explained by increasing volumes in developing countries, but it is nevertheless clear that price competition has been fierce in these years.

Nokia has been squeezed from two ends – in emerging economies, cheaper, local manufacturers have eroded the company’s margins and in the Western world Nokia has been forced to cut prices due to an outdated product portfolio.

It is truly amazing how a company can appear so solid and competitive and then fall apart within only a couple of years.

One thought on “Nokia’s decline in figures”